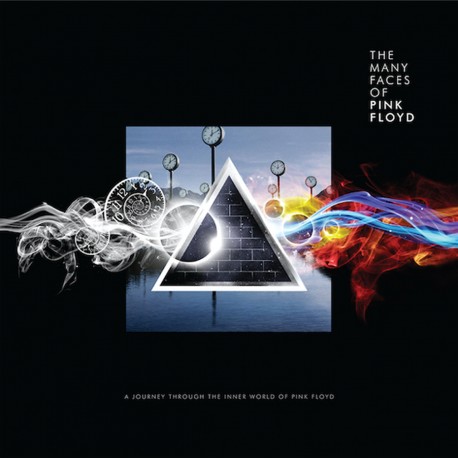 Pink Floyd have taken a special place in the history of rock music. Though their music is not necessarily the most immediate (with a few exceptions) it has not only won over fans worldwide, but also has gained the respect and admiration of their colleagues, not only for their performances but also for their rich catalogue. LP1 is a collection of Pink Floyd’s songs, performed here by a select group of bands including Dark Side of the Moon, Mystic Force, Berzon, Blacktown Band, In The Pink and UK Floyd Division. Featured here are classics such as 'Time', 'Learning To Fly', 'Shine On You Crazy Diamond', 'Money' and 'Young Lust'. LP2 explores the work of non-permanent members of the band, Pink Floyd’s roots and rarities that you won’t find anywhere else. We start with Keith Noble who’s story is as follows: Nick Mason and Roger Waters met in 1963 at the Regent Street Polytechnic in London, and first played together in Sigma 6, a band formed by Keith Noble and Clive Metcalfe, joined later by Richard Wright. The band’s name changed several times, first to The Megadeaths and then to The Abdabs. Metcalfe and Noble left the band to form a duo in the summer of 1964 (actually, they moved to the US, where they wrote songs for Chad & Jeremy, including their biggest hit 'A Summer Song'). In the autumn of that same year, and together with Roger ‘Syd’ Barrett, Rado “Bob” Klose joined the band as a guitar player (until the summer of 1965). This band performed under the name The Spectrum Five before becoming the Pink Floyd Blues Band, settling briefly on The Tea Set, and finally Pink Floyd. In 1970 Keith Noble and Rado Klose recorded the album 'Mr. Compromise', from where we include the title song, 'Ashes & Silver' and 'Weather'. These songs have been out of print for decades and prints of the original LP are selling online for more than $7,000 dollars.